A Decision to Become a Student of ASMTB

One of the issues every higher educational institution faced is how they can increase numbers of students enrolled within the institution. Competition among educational institutions struggling for the market shares has encouraged them to find an effective way to introduce their institutions. Promotion could be considered as one of the ways to introduce the product and/or services to customers. Promotion could be direct and indirectly influencing the customer’s buying decision. The purpose of this study is to know the influence of promotion toward decision to become a student of ASMTB. The other thing is what is the most effective or acceptable type of promotion among advertising, sales promotion, personal selling, and public relations, that suitable for customers (college students to be). Method used in collecting data is done by distributing questionnaires to 203 respondents, they are students of ASMTB in 1st, 2nd and 3rd grade. Research is conducted in ASMTB Bandung. This research applied quantitative and descriptive analysis methods. The results demonstrated that promotion: advertising, sales promotion, personal selling, and public relation, were 59,1% influencing customers’ decision to become the students of ASMTB. The following is the findings and recommendations: advertising as one of promotional methods done through social media were considered effective since it could be spread to different places and be repeated from time to time. Promotion through social media was also suitable for millennials who actively used social media. Therefore, advertising should be done periodically. Sales promotion as the other method of promotion used through a member get member program, was considered a success since it would motivate them to get more incentives and as a way to improve their selling and communication skills. Personal selling was also a well accepted method of promotion through a form of school visit. Personal selling was considered a tool to handle objections from customers.
Keywords: buying decision, buying decision strategy, promotion, promotion strategy 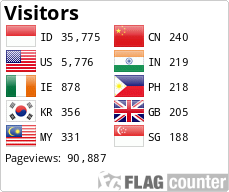